Note: Cell Ranger v6.1 was the last version that supported CentOS/RedHat 6 or Ubuntu 12.04.

The pipelines also run on clusters that meet these additional minimum requirements:

How memory affects runtime for the cellranger vdj pipeline

This graph is based on time trials using Amazon EC2 instances and version 6.1.2 of Cell Ranger. Observed performance will be impacted by other factors besides memory, including read depth, number of cells, number of cores/threads, and I/O. The graph is meant to convey how increasing memory beyond the minimum and recommended levels may impact runtime for large datasets run with cellranger vdj. Similar graphs for cellranger multi, cellranger count, and cellranger aggr are provided on the 3' Single Cell Gene Expression's System Requirements page, but may not be representative of your dataset. 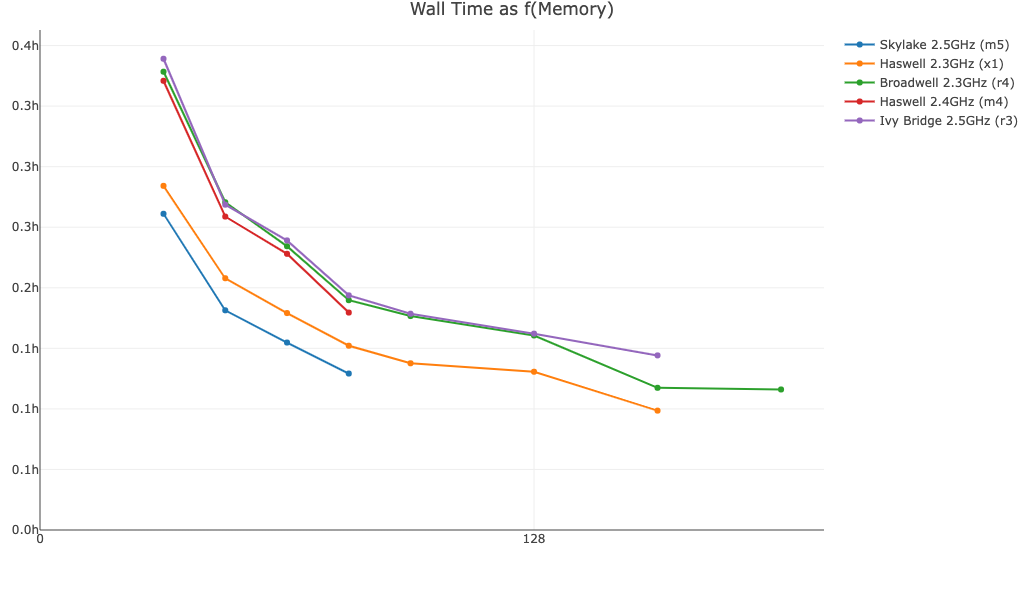