Software  ›   overview
If your question is not answered here, please email us at:  ${email.software}

In order to run in cluster mode, the cluster needs to meet these additional minimum requirements:

In order to run cellranger mkfastq, the following software needs to be installed:

How CPU and Memory Affect Runtime

Here is cellranger count walltime as a function of available memory. In general, you can improve performance by allocating more than the minimum 64GB of memory to the pipeline. If your system has ≫128GB of memory, you may want to run with --localmem=128 since there is notable diminishing return beyond 128GB. 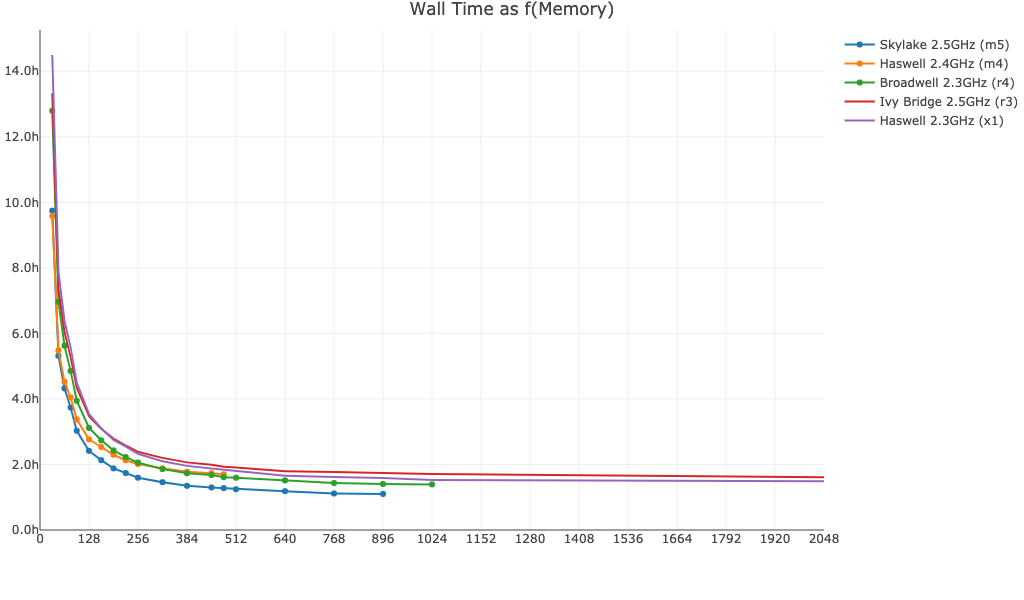 Here's cellranger count walltime as a function of threads. If your system has ≫32 logical cores, you may want to run with --localcores=32 since there is diminishing return beyond 32 threads. 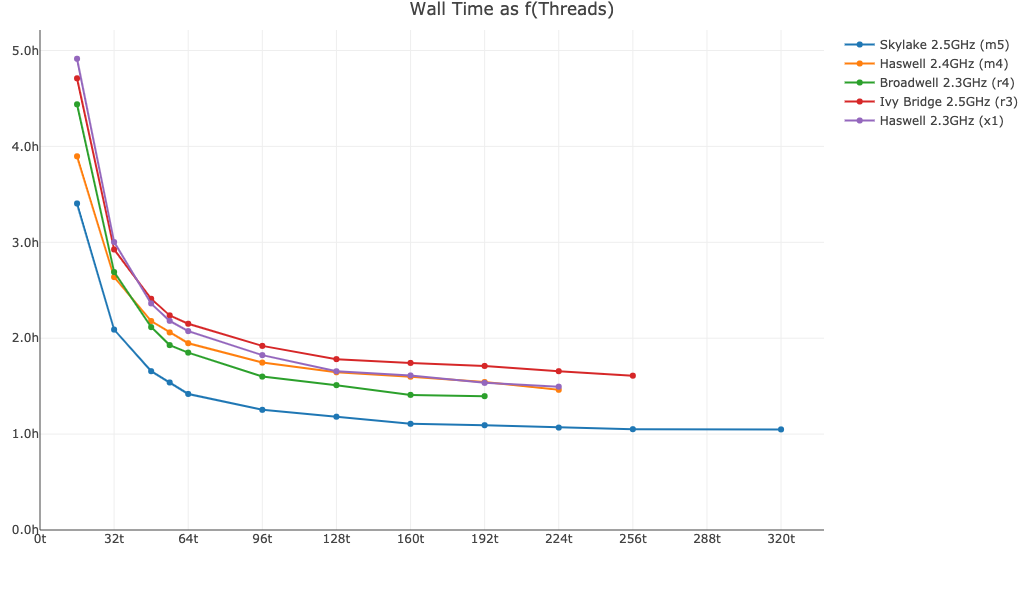