To reduce sequencing and library preparation costs, Antibody Capture libraries without any gene expression data can be analyzed with Feature Barcode Only mode in cellranger count (Cell Ranger v3.1+).

A web_summary.html file summarizing the run is produced as usual. However, metrics displayed in the web summary in Feature Barcode Only mode do not precisely match results for Gene Expression + Feature Barcode analysis, since there are differences in the set of cells that are called in each mode. Click the question mark ? to read full descriptions for each section.

Metrics for Antibody libraries appear on the Summary tab under the Antibody Sequencing and Antibody Application sections. The Sequencing and Mapping sections, which display metrics from Gene Expression libraries, do not appear. 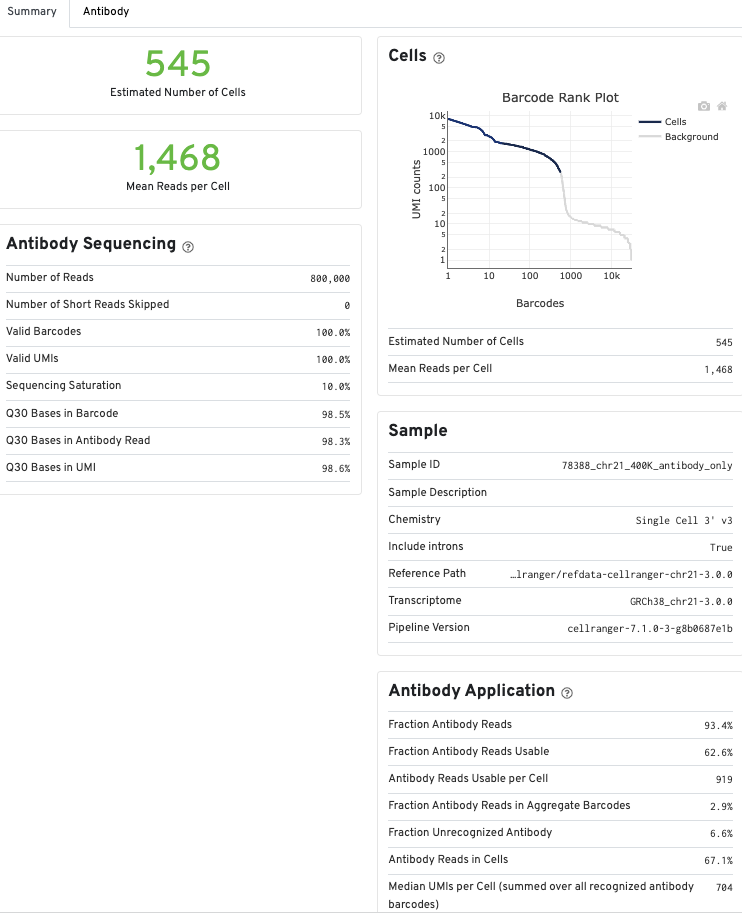 The Antibody tab will have t-SNE projection plots, a Top Features table, and a histogram of Antibody counts:

In Cell Ranger v7.1 and later, the Antibody tab includes a Distribution of Antibody Counts plot. This plot shows the relative composition of antibody counts for antibodies with at least one UMI. The box size is proportional to the fraction of total UMIs from cell barcodes derived from that antibody. Hovering over a box provides more information about the metrics displayed. In this example, the first blue box shows that at least one CD45RA antibody UMI was detected in 535 cells: 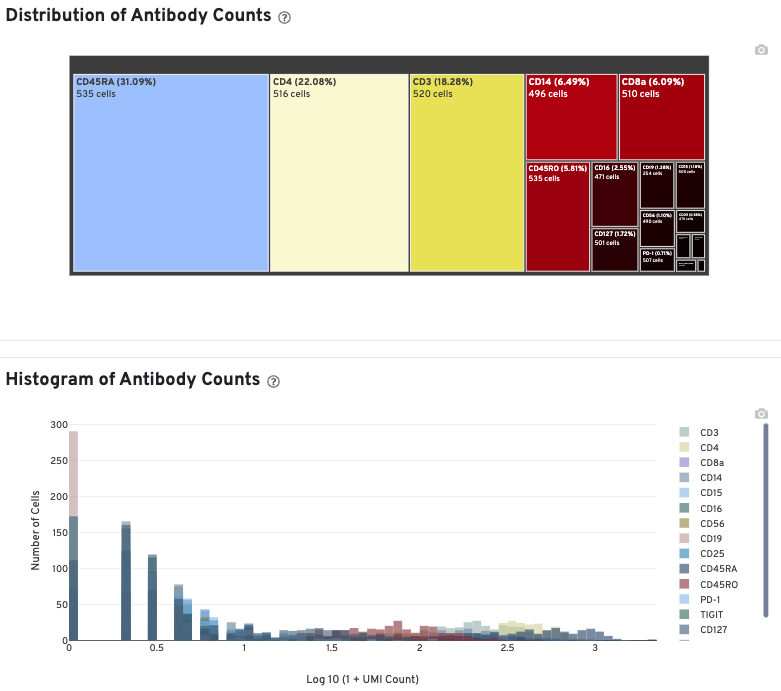 The Histogram of Antibody Counts shows the UMI counts in the log scale on the X-axis, and the number of cells on the Y-axis. Only antibodies with total UMI counts over 1,000 are plotted, and only up to the top 120 antibodies by UMI count are shown. To view this histogram for a specific subset of antibodies, select (or deselect) antibodies for display by clicking on the legend labels.

Observe that a similar number of cells was called in each cellranger run, but the shape of barcode rank plot differs due to differences in the background levels of the Gene Expression and Antibody Capture libraries.