Cell Ranger 6.0 introduced support for Cell Multiplexing with the cellranger multi pipeline. The algorithms are similar to cellranger count in many ways, but an additional tag calling step is required:

Cell Ranger 6.0 and later features a probabilistic model for assigning Cell Multiplexing Oligo (CMO) tags to cell-associated barcodes. The algorithm employs a latent variable model over a state space composed of each sample used in the experiment. To make the algorithm computationally tractable, the model explicitly accounts for the type and quantity of the different multiplets expected. For example, there is a “Blanks” state for barcodes associated with cells that have not been stained with any tag, a singlet state for each tag used in the experiment, and different states for each type of multiplet based on how many tags were used (up to 12 supported). 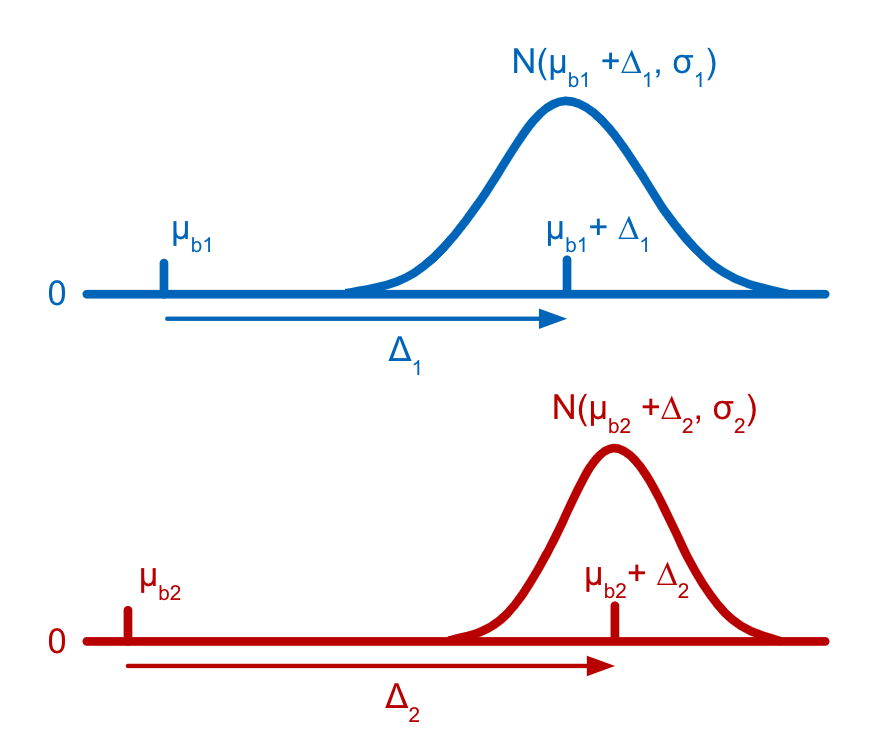 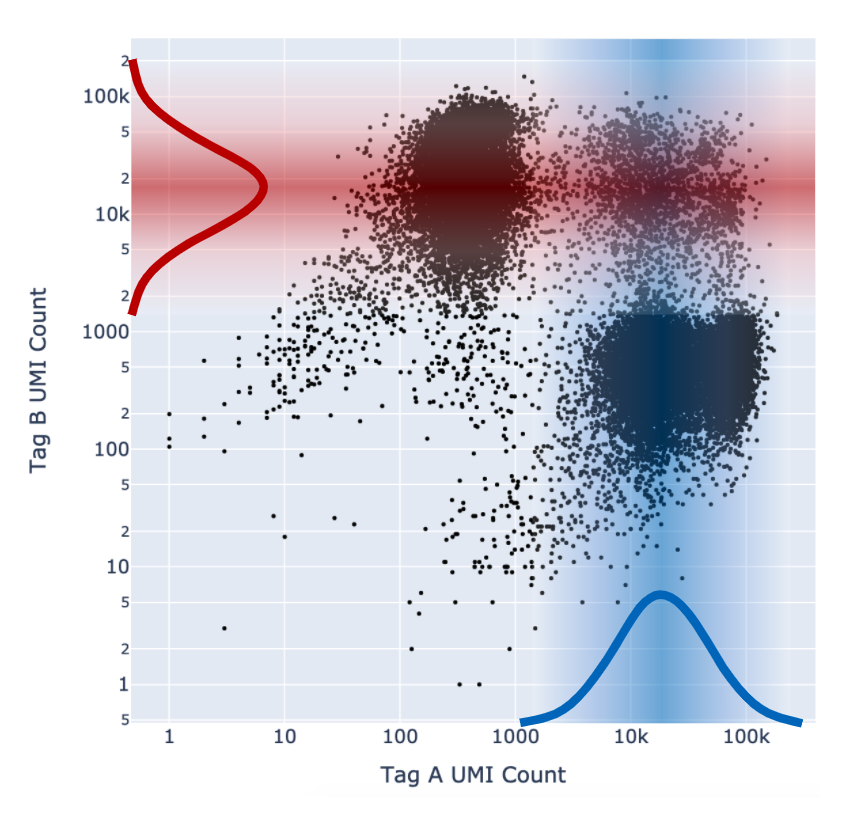 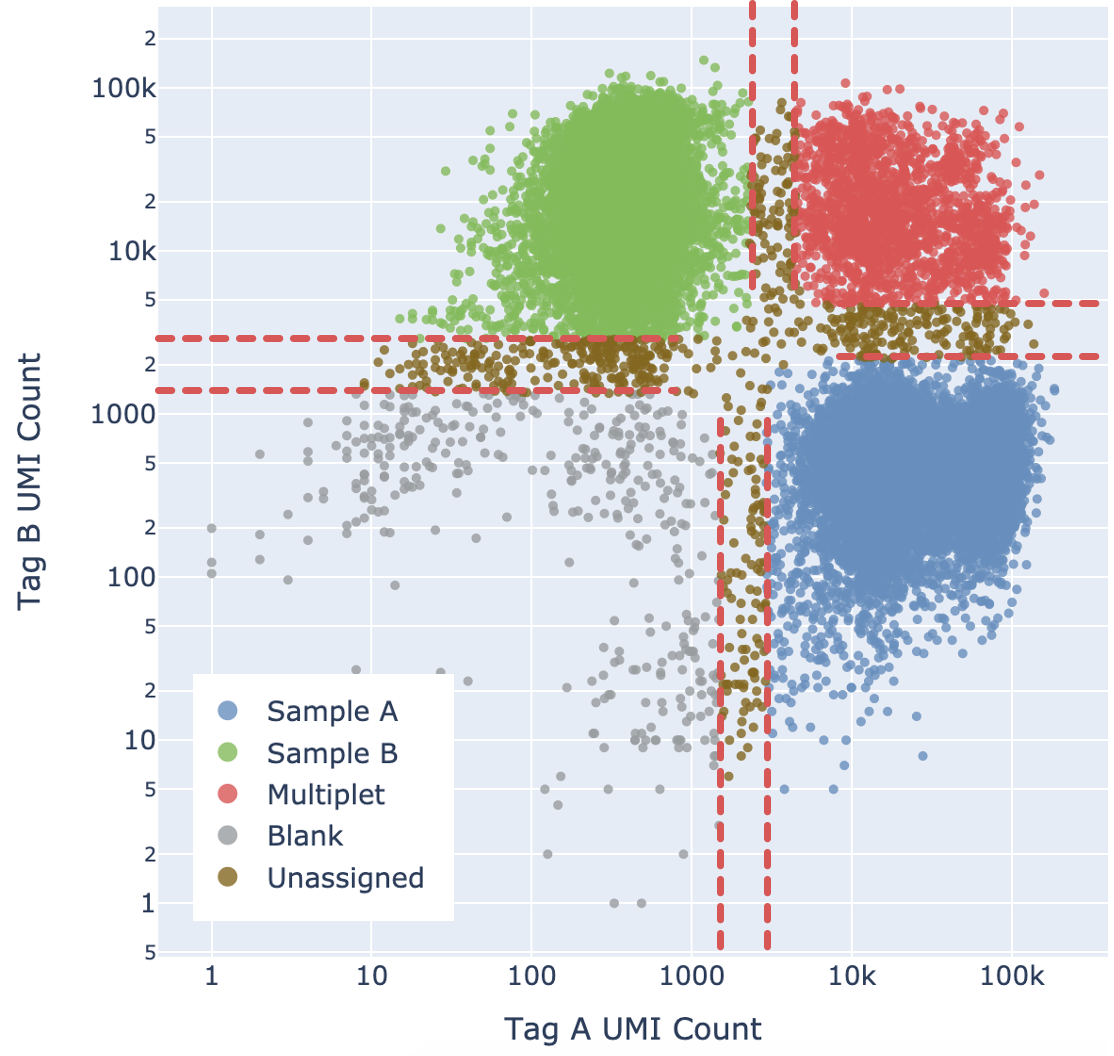 Ultimately barcodes that are classified as Multiplet, Blanks, or Unassigned are filtered out. Note that the algorithm cannot filter out multiplets containing only one tag.

Some of the metrics and algorithms in the CellPlex processing pipeline rely on correct estimation of the number of singlets and multiplets in the reaction - i.e., cell barcodes that were stained by one, two, or more CellPlex tags. That Poisson calculation depends on the cell load and the number of GEMs generated during a Chromium run. While the number of cells is a variable based on the actual number of loaded cells and what Cell Ranger detected, the number of GEMs is unique to each 10x Genomics chip. In Standard Kit (SK) chips, about 95,000 GEMs are generated, while in High Throughput (HT) chips, about 190,000 are generated. For CellPlex data, Cell Ranger 6.1 attempts to correctly detect throughput to update the number of GEMs in downstream calculations, so metrics like Singlet Capture Ratio are produced correctly.

Shown below are the knee plots of an SK run (left) and an HT run (right). The plots are on a log-log scale. The UMI count profile is different for barcodes between the 95,000-190,000 region for SK vs. HT runs. In the first step, two algorithms are run in parallel which independently attempt to determine the throughput. The first one looks at the ratio of the UMI count of the 130,000th barcode divided by the UMI count of the 100th barcode and decides whether that is significantly high; the second one finds the steepest cliff in the barcode rank plot after the 70,000th barcode and determines if that cliff happens after the 130,000th barcode (red lines). The blue lines indicate barcodes 70,000 and 220,000. 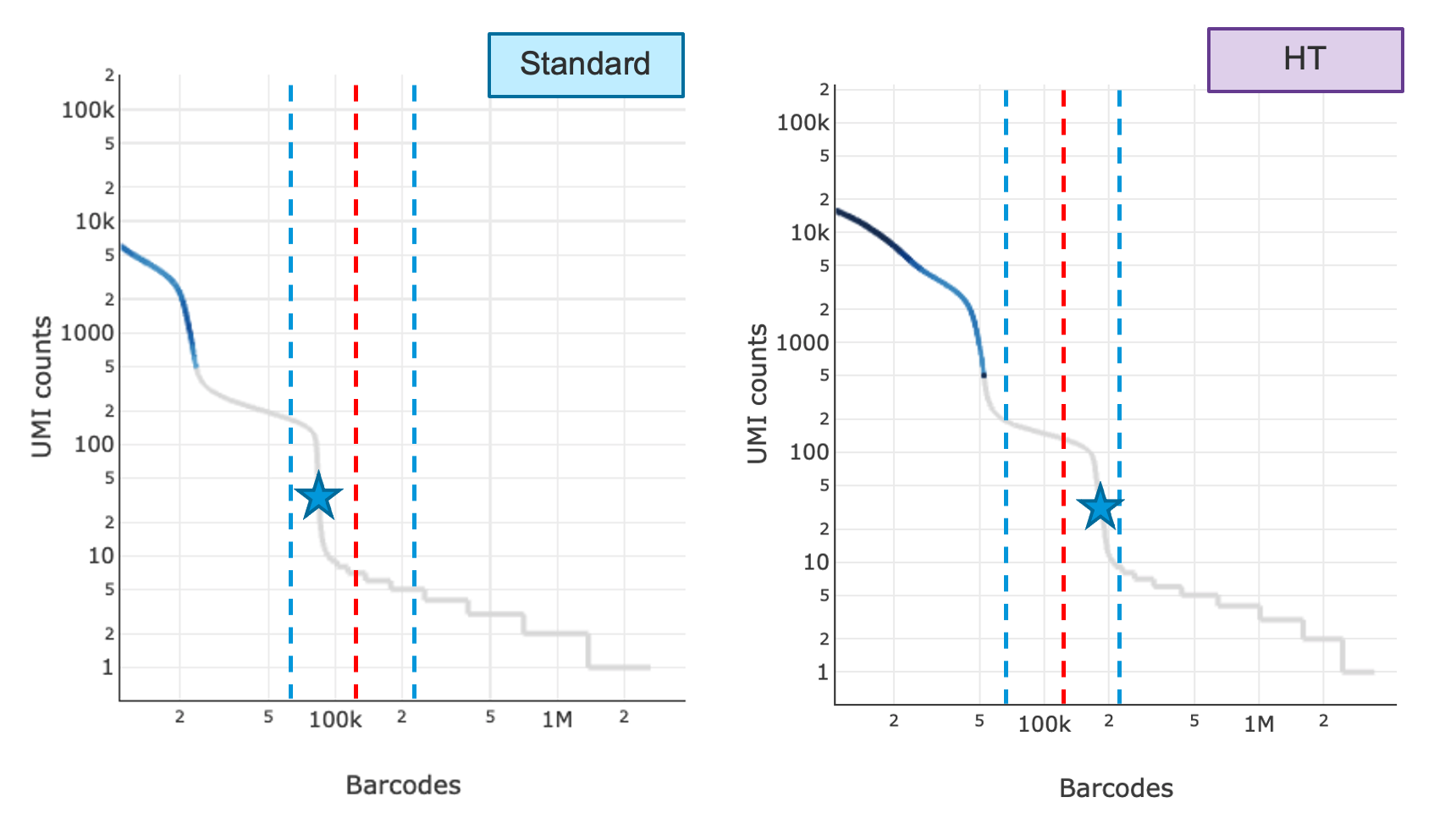 In the second step, the pipeline compares the results of both algorithms. If both decisions were returned as true, the final throughput will be chosen as HT and number of GEMs used for Poisson calculation will be 190,000, otherwise the software will default to SK and number of GEMs to 95,000. If it detects an HT run, the web summary will show 'HT' appended to the detected chemistry. If the algorithms fail, users can choose to run with chemistry=SC3Pv3HT to indicate HT, where Cell Ranger 6.1 will use HT defaults for downstream calculations. If the throughput detection algorithm does not detect HT where user has indicated HT, the software will report an alert on the web summary describing the throughput discrepancy.

This ratio is computed as the difference between the mean background (left, noise distribution) and foreground (right, signal distribution) CMO counts on a log scale divided by the variance (assumed to be the same for both peaks), illustrated below for CMO301: