Here we describe the files in the outs folder of a targeted-compare run, which are generated using the cellranger targeted-compare command to directly compare results from a Targeted Gene Expression dataset and its corresponding parent Whole Transcriptome Analysis (WTA) dataset. 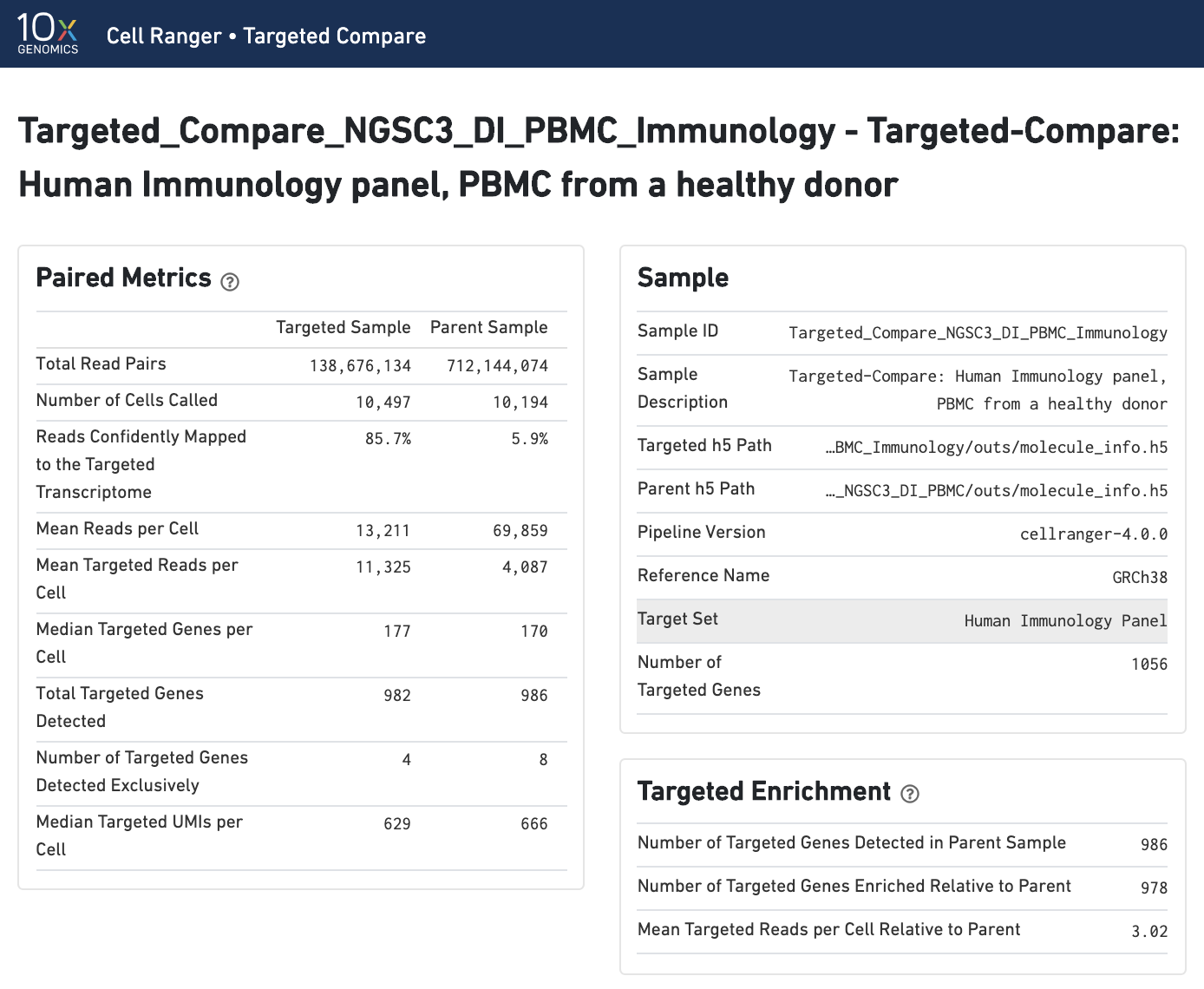 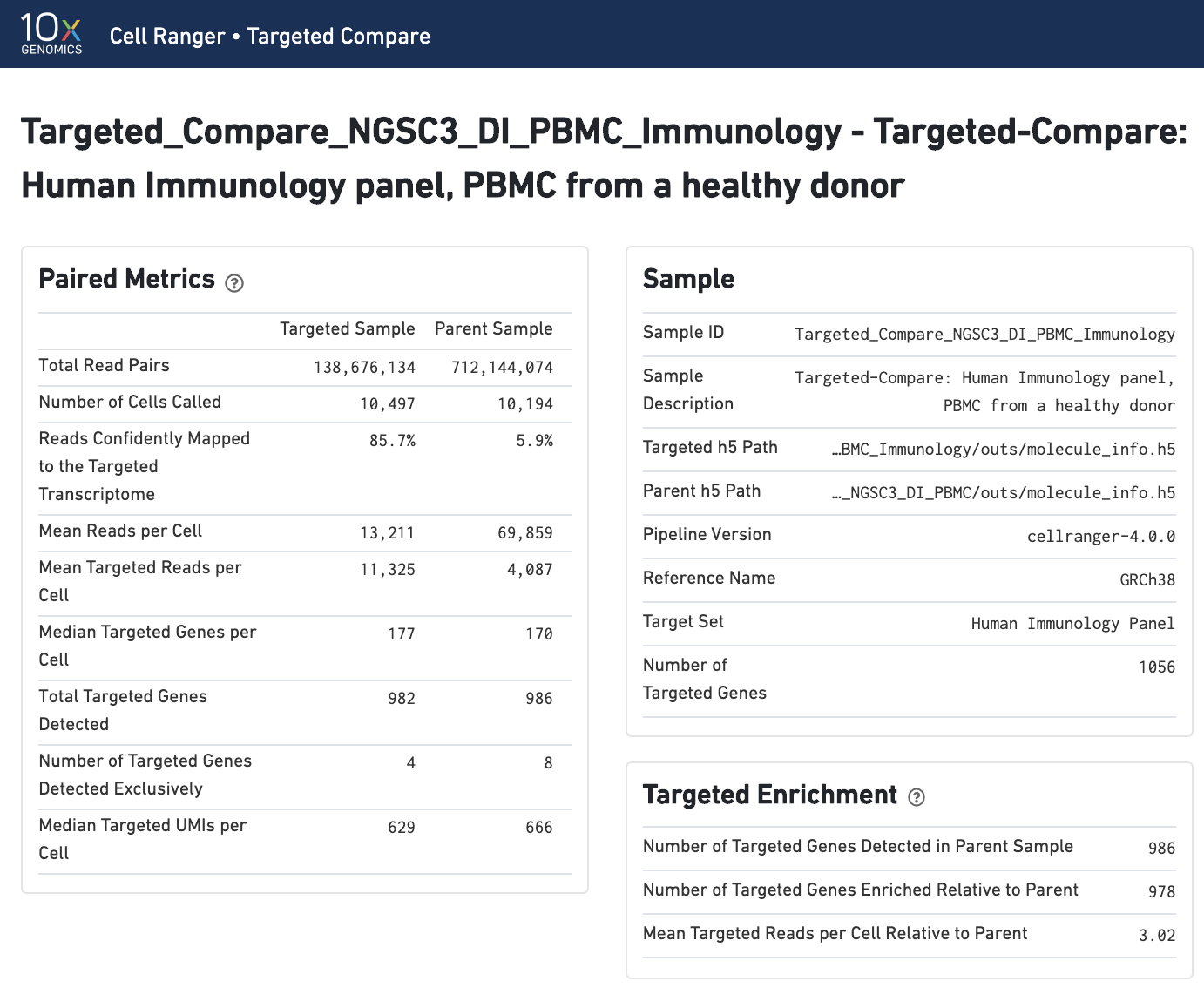 Under the Cell-Calling Comparison dashboard, the Barcode Rank Plot on the left is the same as that in the Cell Ranger Count Run Summary for the targeted sample, with the hovertext displaying the fraction of barcodes called as cells in one or both samples. The scatterplot on the right shows the correlation of UMI counts per barcode between the two samples. Barcodes called as cells in both samples (colored in purple) should be well-correlated. 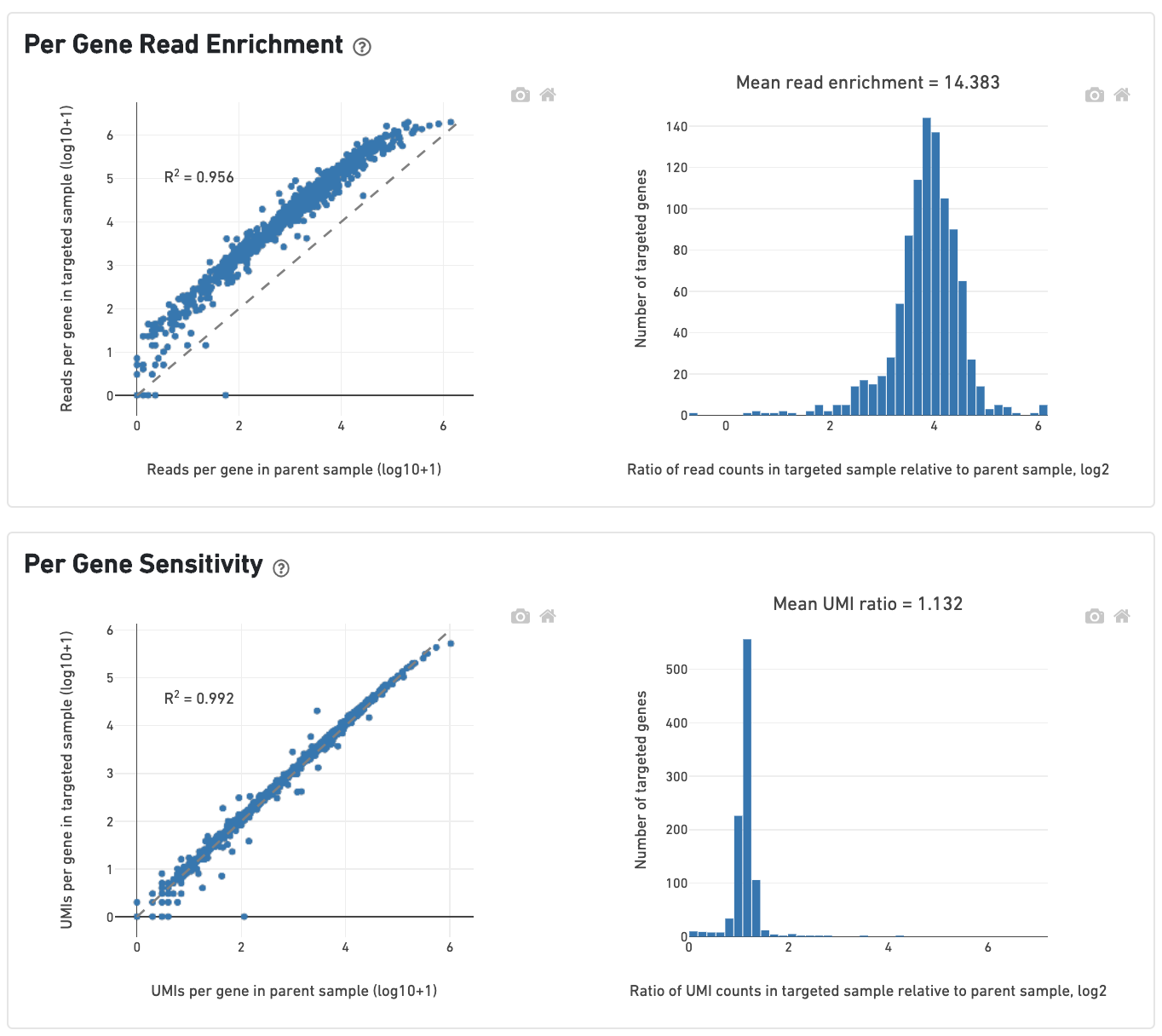 The Per-Gene Sensitivity dashboard shows the UMI counts per targeted gene in the parent and targeted samples. Genes should ideally lie on the 1-to-1 line. UMI counts are not rescaled to sequencing depth, so genes may lie slightly above or below the dashed line if there are large differences in targeted sequencing depth (Mean Targeted Reads per Cell; see below) across both samples. A histogram centered around 1 (or greater) indicates that UMIs in the parent sample were successfully recovered.

The dashboard "t-SNE Projection of Cells, Colored by Cluster" allows for comparison of single-cell clustering patterns across samples. Barcodes called as cells in either sample are used for this analysis. The t-SNE projections and clusterings are computed separately for:

Barcodes are clustered using the K-Means algorithm (see Gene Expression Algorithms Overview). The selected value of k (the number of clusters) is that which yields the best Davies-Bouldin index in the "Parent - All Genes" sample, a rough measure of clustering quality. The color of the barcode represents its cluster, with barcodes that are not called as cells in that sample being colored in gray.