While most of the antibody-related metrics and counts are computed in parallel to their gene expression counterparts, there are some unique aspects of protein libraries that require specific analysis steps in Cell Ranger.

The plot below shows a particularly bad example of protein aggregation, where a handful of barcodes accounted for almost 77% of all reads, with extremely high correction rates in these reads. Currently, we consider a barcode an aggregate if it has more than 10K reads, 50% of which were corrected. Cell Ranger will flag such barcodes and remove them from the final feature-barcode matrix, and report the fraction of reads associated with such barcodes in the Antibody: Fraction Reads in Barcodes with High UMI Counts metric on the web summary. In addition, two more related metrics will be available from metrics_summary.json; Antibody: Number of Barcodes with High UMI Correction Rate is the number of detected aggregate barcodes, and Antibody: Fraction Reads that have Corrected UMIs is the fraction of all reads that have a correction event. 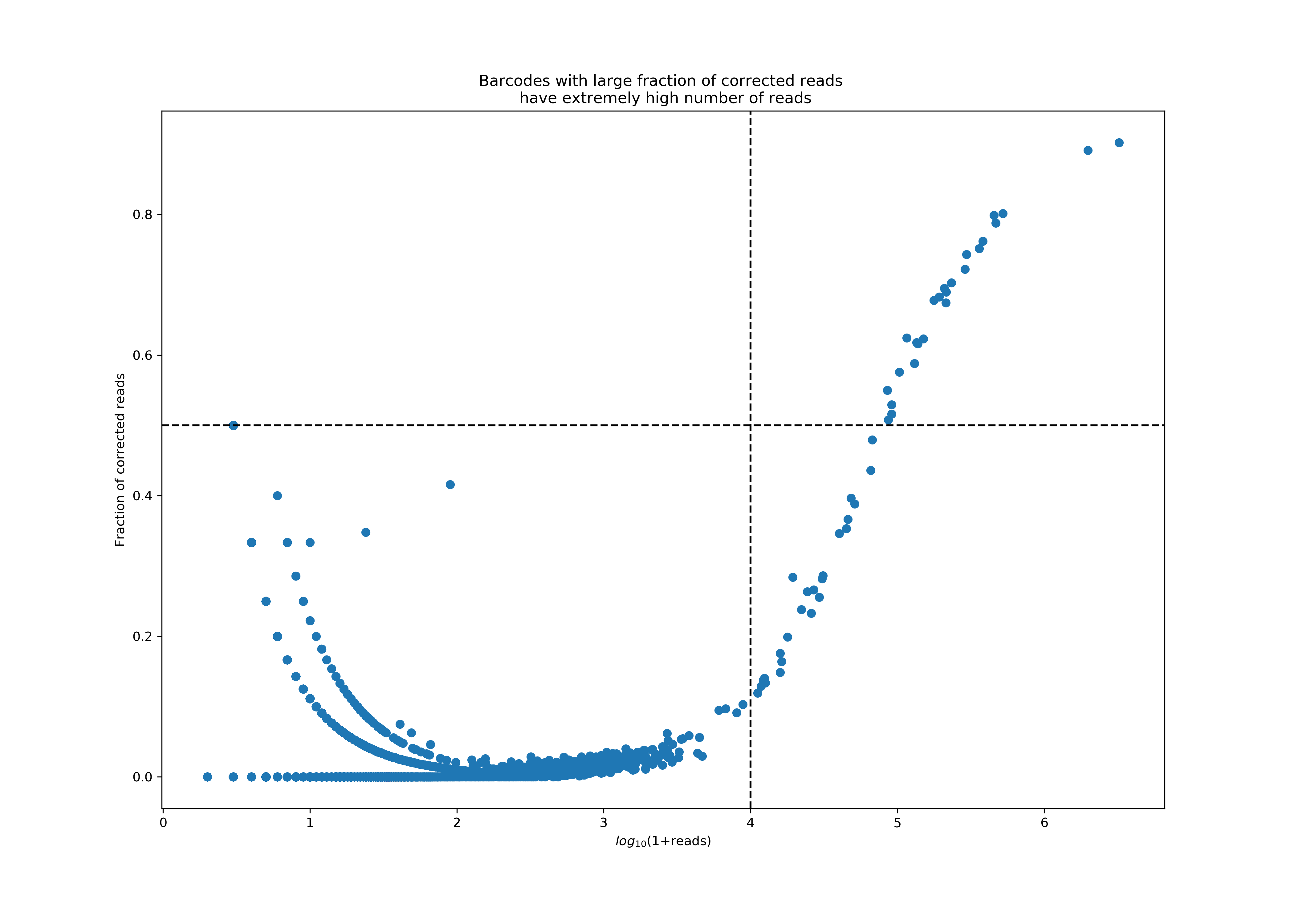 Since cell-surface proteins offer a unique and complementary view of the cell types on top of the genes they express, Cell Ranger runs a popular t-distributed Stochastic Neighbor Embedding (t-SNE) algorithm to visualize the protein counts in 2-D space. On samples where Antibody Capture is an input library, the pipeline will slice out the feature counts from the full matrix and perform a t-SNE on these raw counts (unlike the gene expression part of the matrix, where t-SNE is run on the PCA-reduced space). These t-SNE projections then can be visualized with the Loupe Browser versions 3.0 and above.