To reduce sequencing and library preparation costs, Feature Barcode Only mode can be used. In more recent versions of Cell Ranger, starting with 3.1, cellranger count can run using only an Antibody Capture library, without any gene expression data. 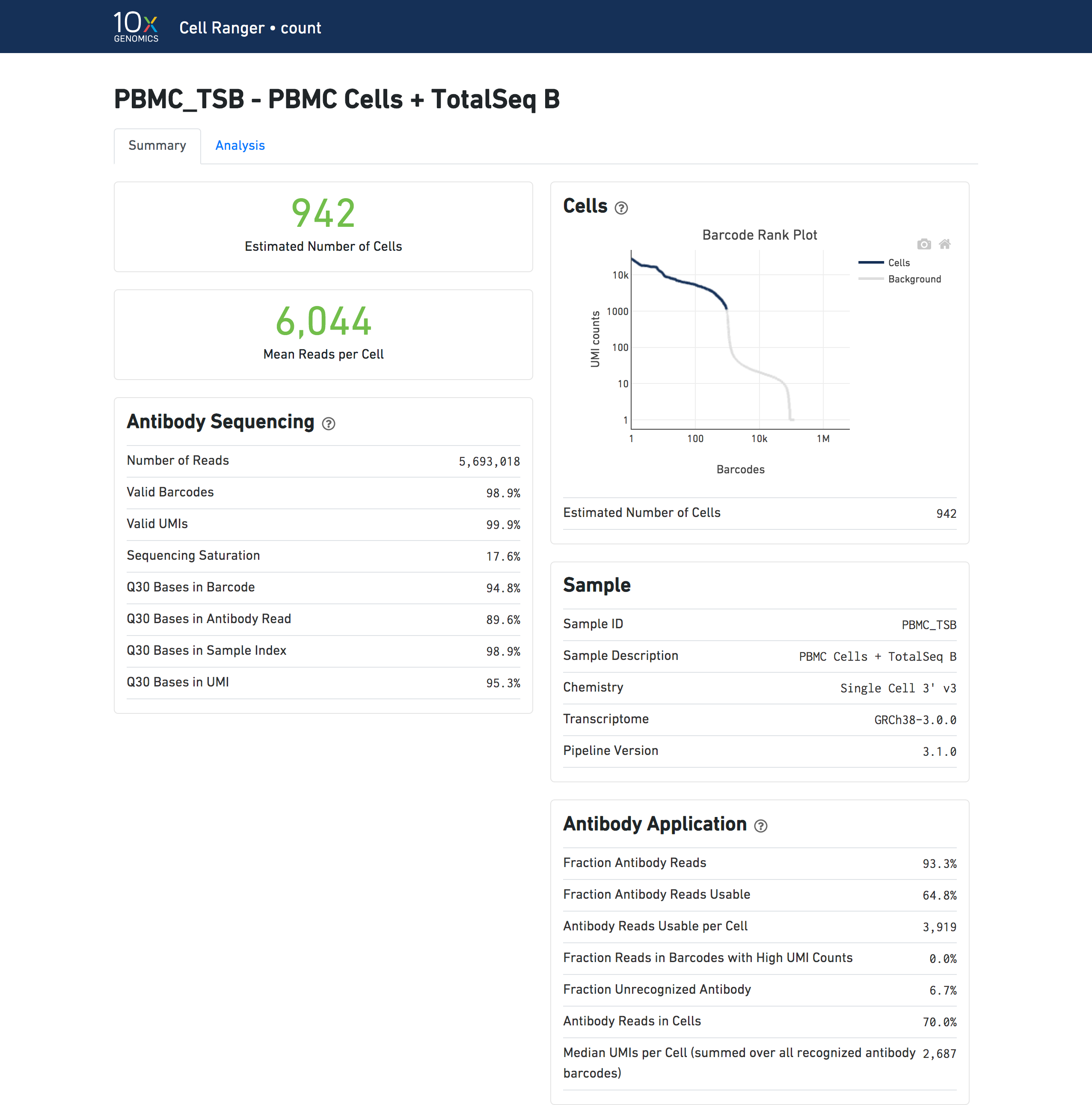 Shown below are results for a single sample with Gene Expression and antibody Feature Barcode libraries. On the left, both libraries are processed together, and the barcode-rank plot displays Gene Expression counts. On the right, only the Feature Barcode library is supplied to cellranger count, and the barcode rank plot displays the antibody counts.