The trace displays the following data for the current root group or cell:

Below the main plot is a colored strip which, by default, displays the GC percentage of copy number calls at this node. To switch this colored strip to display heterogeneity, click on the trace colorbar selector and select Heterogeneity. Remember that heterogeneity is only defined for groups of cells and is undefined (gray) for single cells. 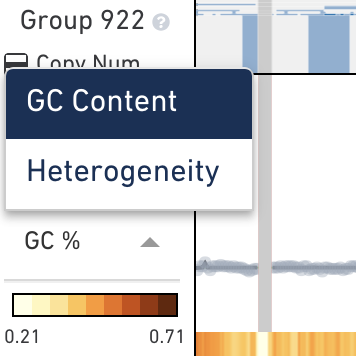 Hovering on the plot displays the exact numbers of aforementioned data: genomic range of the bin, ploidy, heterogeneity, GC content, and read depth. 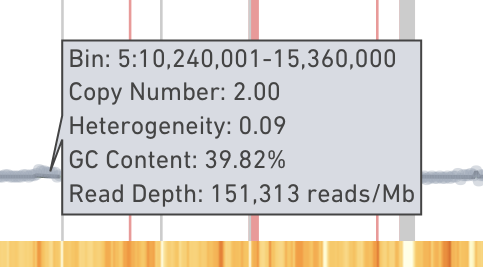 Next: Screenshots and Exporting Data