Two examples of large-scale deletions visualized in the STRUCTURAL VARIANTS view are discussed below. The data correspond to a whole-genome Chromium library from the NA12878 cell line, with a mean molecule length of 50Kb. 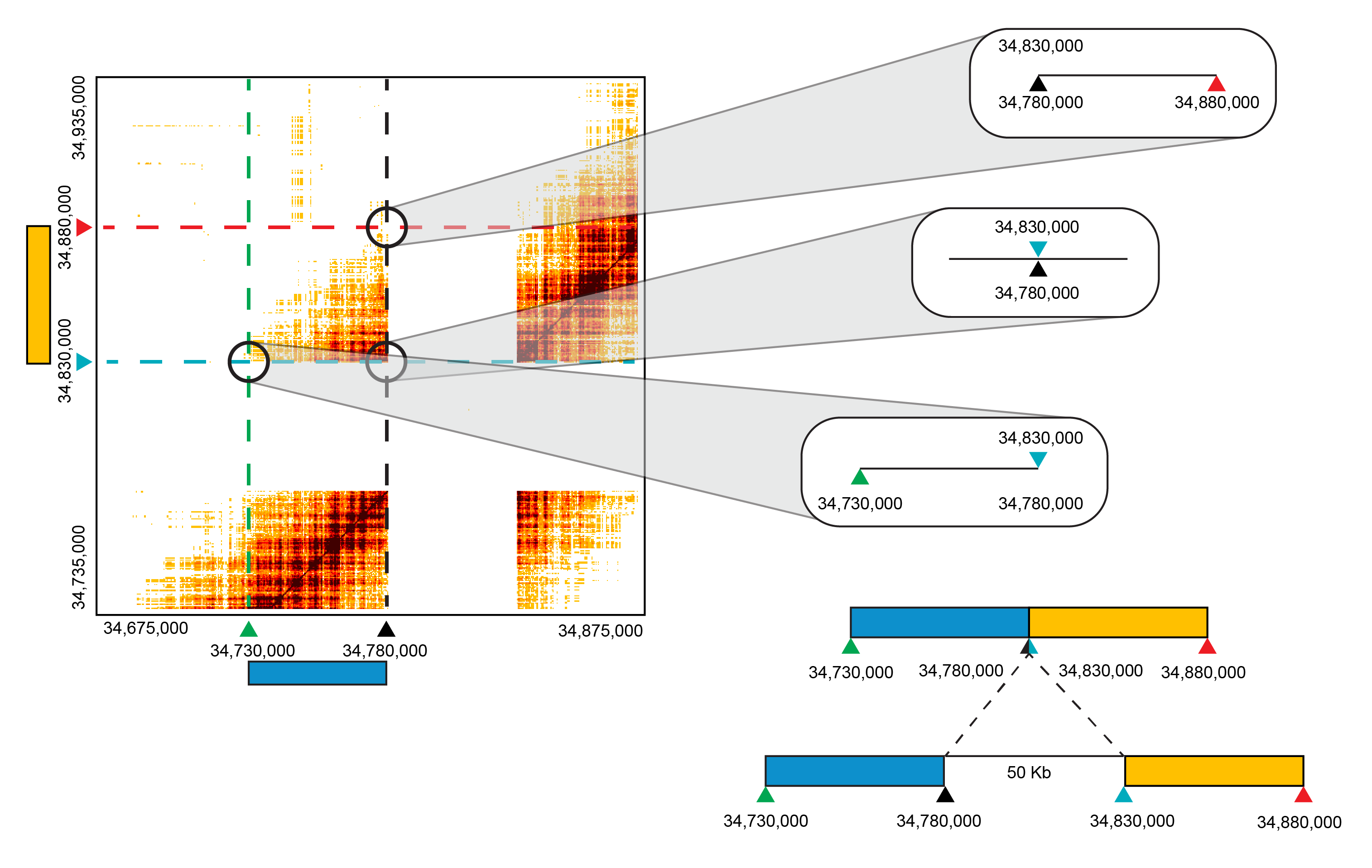 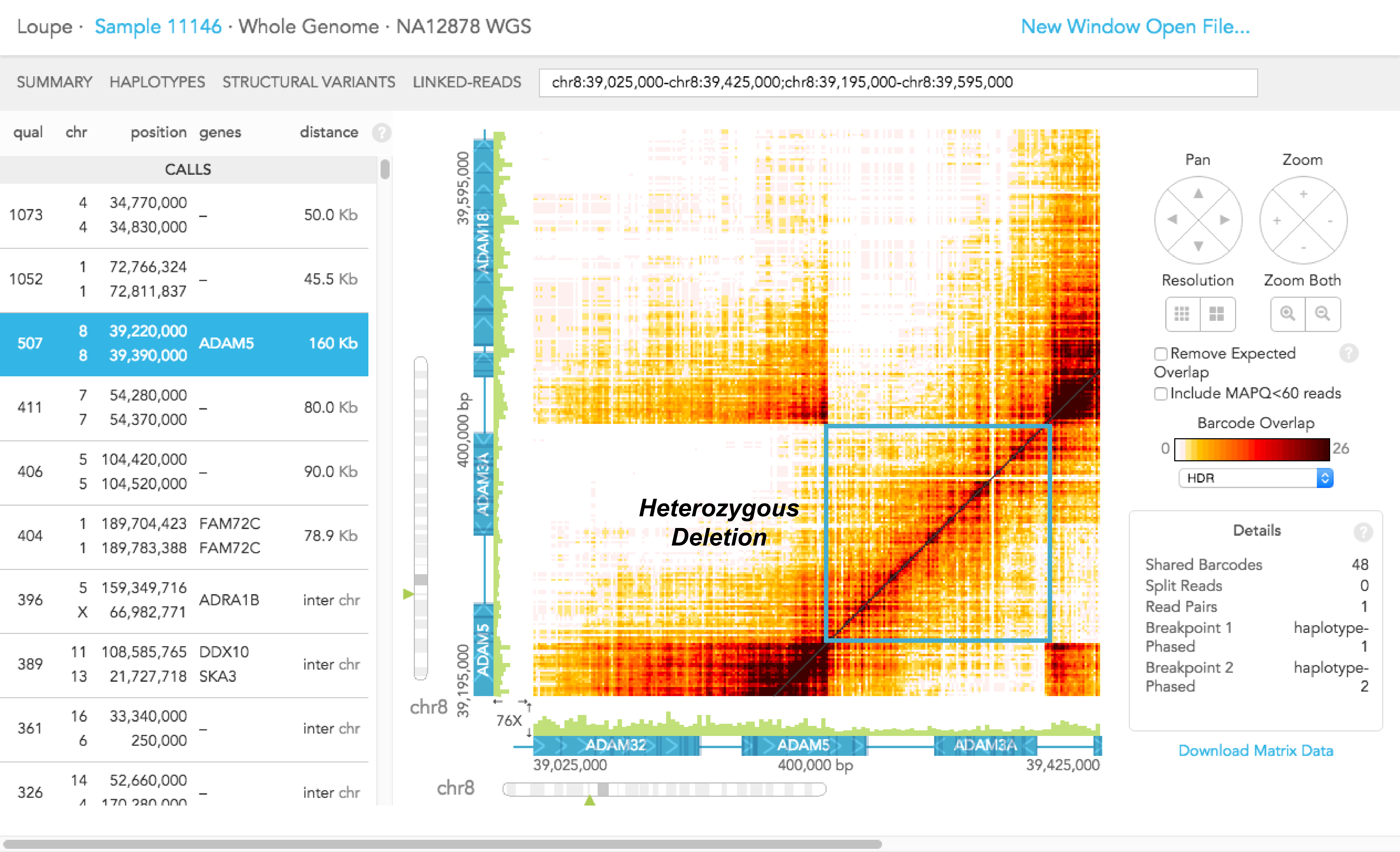 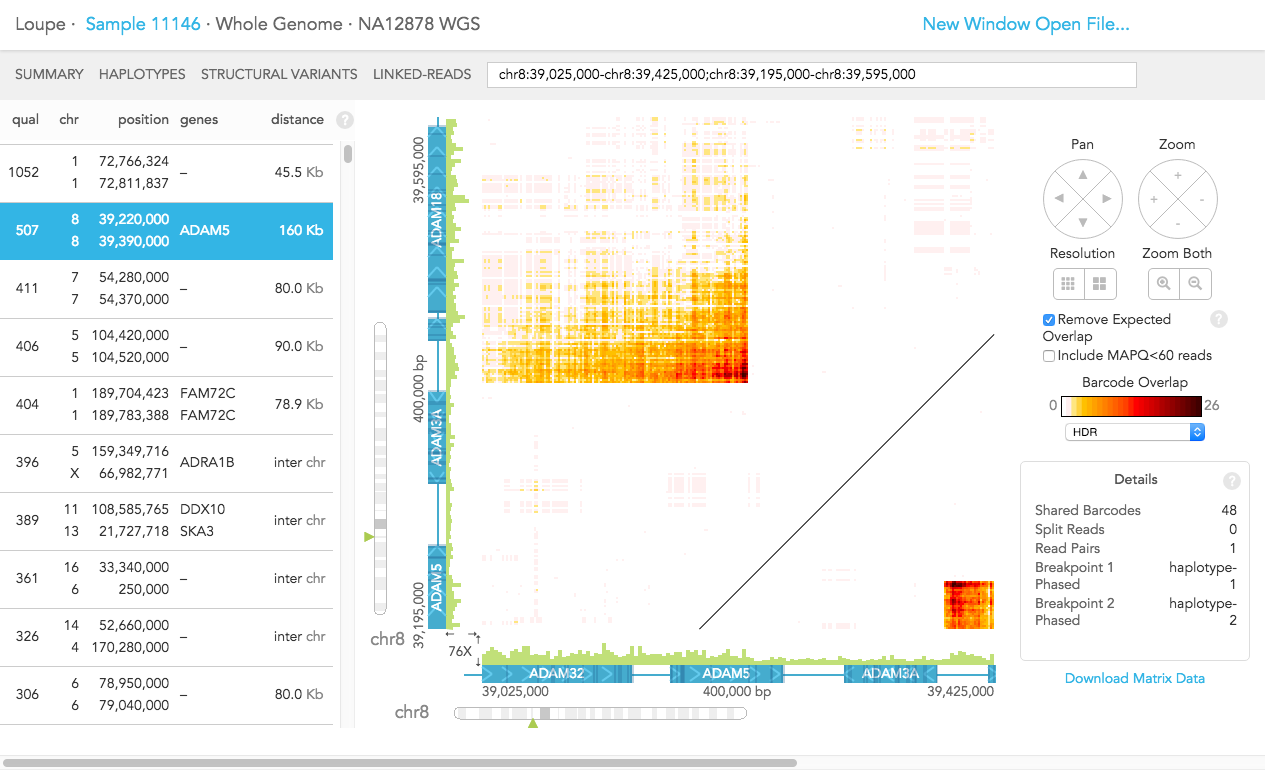