The cellranger-dna cnv pipeline outputs a HTML file containing a set of summary metrics that describe sequencing quality and various characteristics of the detected cells. 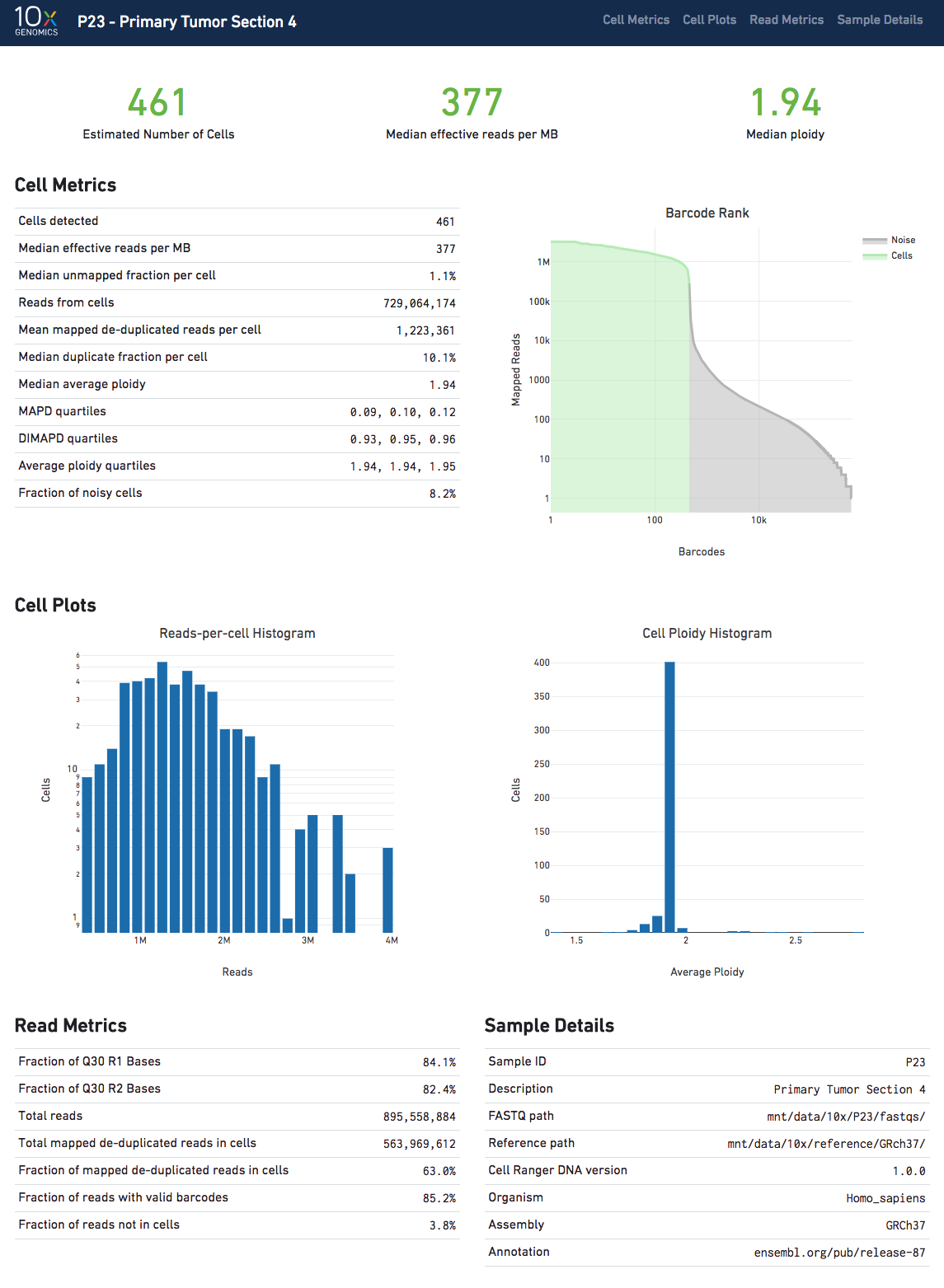 The Barcode Rank Plot shows the distribution of non-duplicate reads with mapping quality at least 30 per barcode and which barcodes were inferred to be associated with cells. The y-axis shows the value that cellranger-dna uses to call cells and the x-axis is the number of barcodes below that value. A steep drop-off is indicative of good separation between the cell-associated barcodes and the barcodes associated with empty partitions. The --force-cells option can be used to override the cell calling algorithm as explained here.

The Reads-per-cell histogram shows the coverage distribution of non-duplicate reads with mapping quality at least 30 per cell.

The Cell-Ploidy histogram shows at a glance the average ploidy per cell across the different cells in the population. When a normal diploid sample is run the vast majority of cells form a peak around ploidy 2.

The page also records the cellranger-dna cnv inputs: the FASTQ file path, the reference genome path and the software version, which serves as a sample tracking aid.