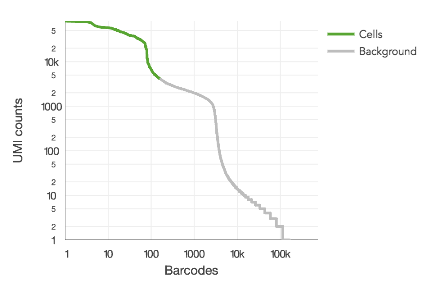 This can be remedied by either re-running count or reanalyze with the --force-cells option, or by selecting the desired barcodes from the raw gene-barcode matrix in downstream analysis. Custom barcode selection can also be done by specifying --barcodes to reanalyze.