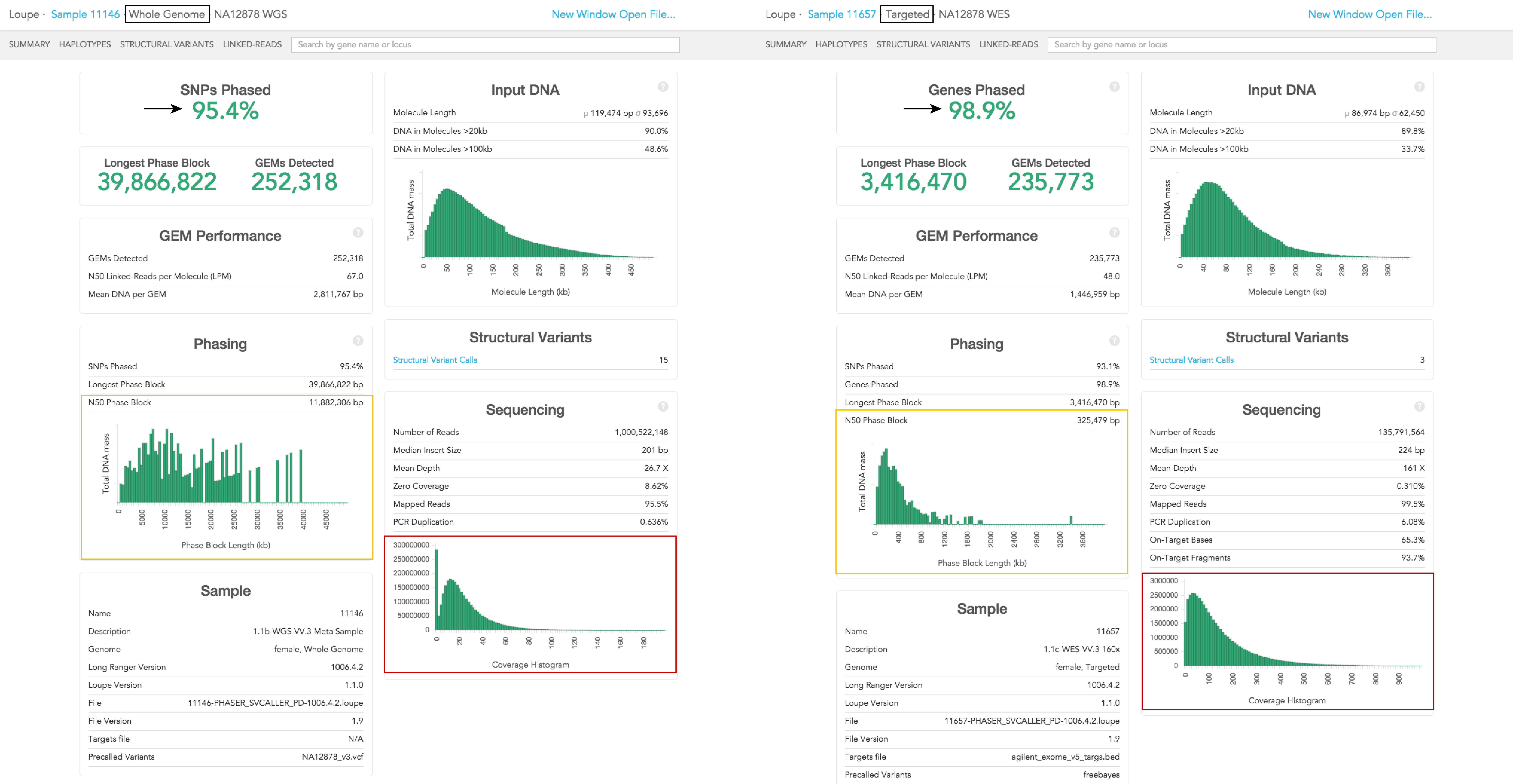 There are 3 main differences between the haplotype view of a whole-genome (WGS) and a whole-exome (WES) sample. First of all, in WGS, you will only see SNVs coming from targeted regions (usually the exons) of the genome on haplotype tracks, whereas in WGS, you will see SNVs coming from exonic and intronic regions of the genome. As a result, there tends to be fewer phased SNVs, and shorter phased blocks in WES relative to the WGS sample. Secondly, signals in the coverage track tend to coincide with the location of exons in WES sample, and there should not be such a correlation in the WGS sample. Lastly, you will only find breakpoints near exonic regions in the WES sample. But breakpoints should be not limited to exons in the WGS sample. 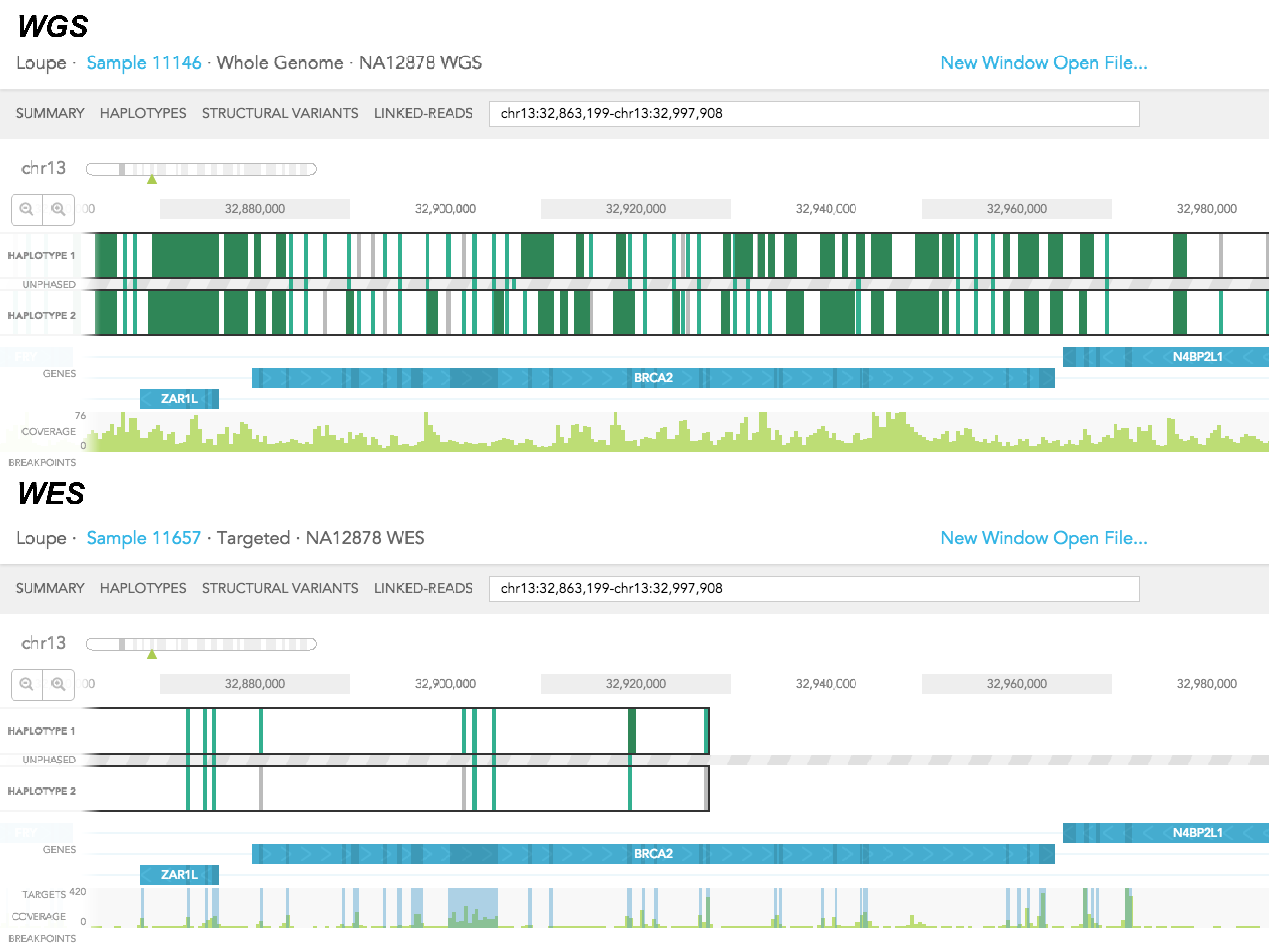 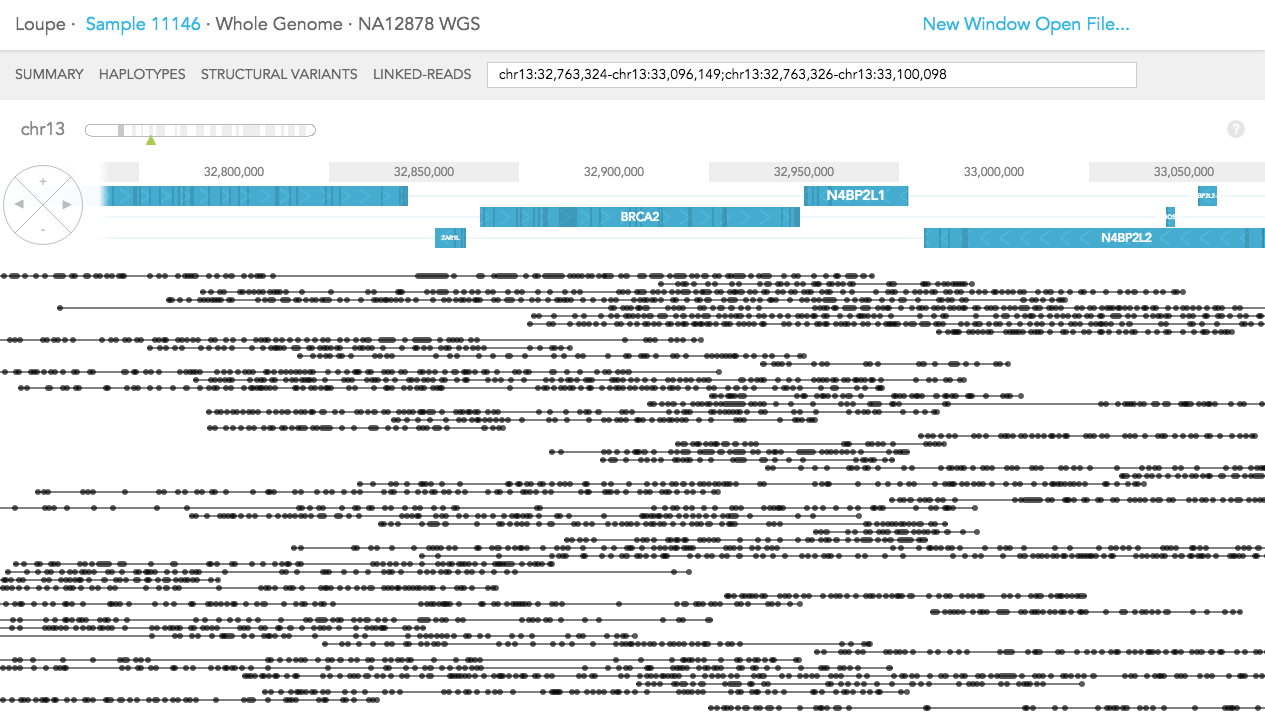 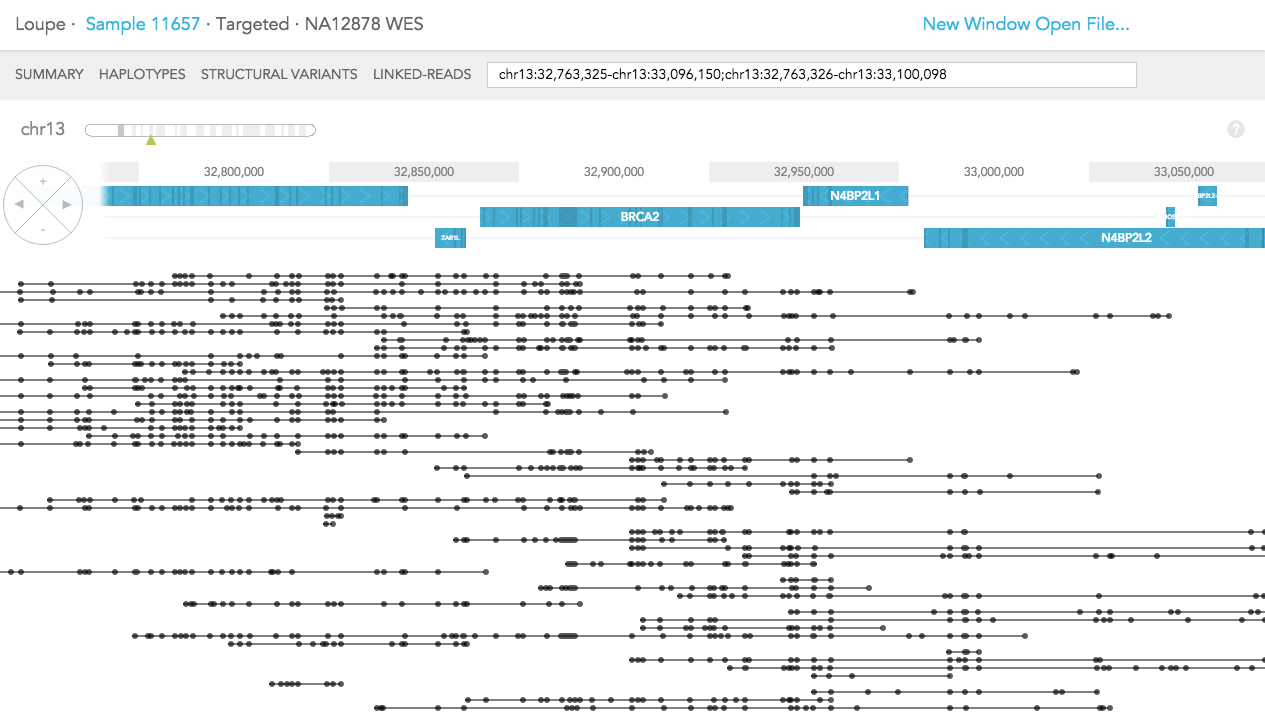